Featherston 1986 by Peter Black
(This write up appeared in the ﻿Te Papa blog﻿ as part of the 2015 exhibition New Zealand Photography Collected.)

Here we have a scene that must have presented itself without any obvious possibility to be a picture. A scene 99 percent of people would have walked by without a second glance.

Of course noticing something is not the same as photographing it and for Mary that must have been when the difficulties started. She would have had to choose a viewpoint from an infinite number of possibilities, or decide what the area of focus should be, and many other technical decisions.

Then perhaps many months later this analogue negative would have gone through many more steps before the photographer could consider it worthy of more time and expense. By then Mary would have been at an extreme disadvantage in accessing its worth for her Urban Landscape series, as she was looking at something so changed by the act of photographing it that it would have taken a tremendous act of discipline and self-belief to take it into the printing stage with yet more decisions on such things as the scale of the print and the colour balance.

But the artist held her nerve and the end result is a photograph that is so perfect in the harmony of its colours and framing that you can almost feel the warmth of a New Zealand summer’s day on your back. It also fools you into thinking that you to could have made this image if you had just been there. But to have done that you would have had to care enough to know that the ordinary is important.

And then to have the ability and the visual intelligence to turn the mundane into poetry. 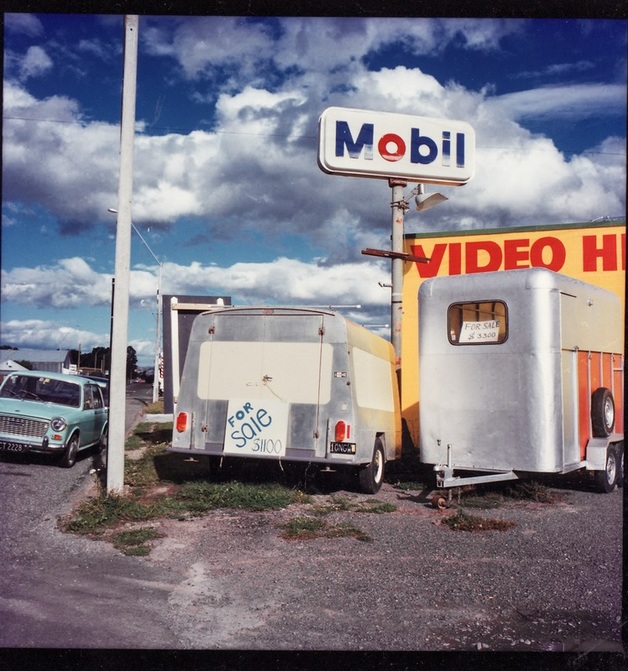 Featherston 1986 is part of the Urban Landscapes series.